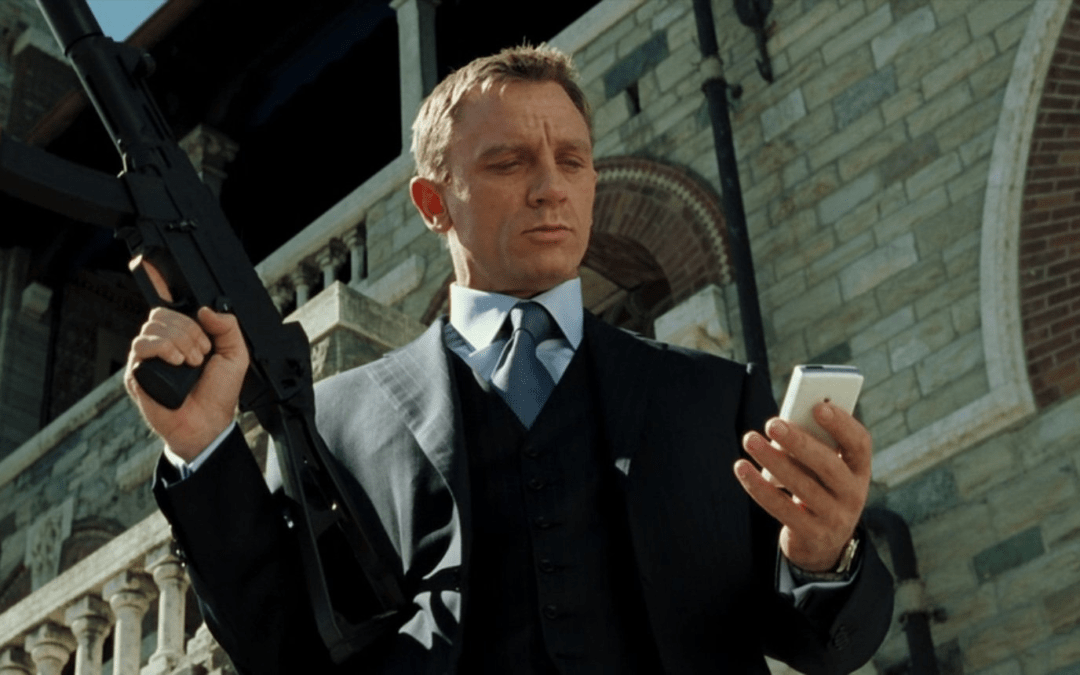 It would be easy if life was like a movie…

Not because all movies have a happy ending but because the characters always have a clear goal. They have to, the writers have intended it to be that way. They have a goal and they have obstacles, and we as the viewers are supposed to be able to clearly see what those goals and obstacles are. We’re supposed to be able to engage. But this also means that  we can’t help but point out to the main characters when they do something wrong, “No you dummy, go right! Go right!” But alas, they go left, and they fall right – into – the trap.

I’ll move quickly through the plot…

In Casino Royale, James Bond is this really, super sexy, spy guy who gets every girl he wants. But he doesn’t need them, he just uses them for comfort or for the sake of his mission. Until this one mission where he starts to fall for this girl, Vesper, who works with him. At first, Vesper is aloof, she’s different. She’s special. She’s not like every other girl who was so easily charmed by him. But eventually she falls in love… or rather he falls in love with her and the two develop a kind of forbidden love connection.

Only there’s one problem, she’s really a double agent and she betrays James, the entire department, and in many ways, herself.

Well, when James figured out she betrayed him, played his emotions like a fiddle and got away with it… what’s he thinking? He must be furious, right?

Well, actually, quite the opposite… he’s – Okay well at first he’s a little upset, I mean, give the guy a break, he’s only human after all. But then he starts chasing after her, and we see it, so plainly written on his face… He’s thinking… “I forgive you. Stop running! Don’t worry, I can fix this!”

Because that’s just what love does… it forgives all wrongs.

So, James Bond chases after her through the city of Venice. He beats up a bunch of throwaway villain characters to save her and this whole time… we’re just begging for him to deliver that line to her, to shout it out, “It’s okay! I love you! Don’t worry, come back, I can fix this.”

It all comes to a head in this elevator scene…

She locks herself in this cage-like-elevator at the top of a really tall building. And the building collapses. Her elevator plummets beneath the waters of Venice.

So that’s it, right? She’s in a cage, under the water. She’s a goner. But James Bond, in true hero fashion, dives in after her, risking his own life to save her. And yet still, she is fighting him. We can see it in her eyes, fear. She is terrified that he will save her.

We’re screaming, “Stop fighting him, you dummy! Can’t you see he loves you!”

In our own lives, we don’t have the omniscience we have when we’re watching a film. We can’t shout at ourselves to make the right decisions. Heck, we don’t even know what our goal is or what it should be. We don’t know what the obstacles are, or what life will throw at us.

But thankfully we do have an omniscient spectator. God is looking in, and unlike us, he can see it all and he can help. He wants to, so badly. He’s chasing after us, he’s screaming at the top of his lungs. “It’s okay! I love you! Don’t worry, come back, I can fix this.”

We still have time. We have a chance here…to change our lives, to stop running, turn around and let him save us.